Journal of a Tour through part of the Snowy Range of The Himala Mountains, and to the source of the Rivers Jumna and Ganges.
By: FRASER James Baillie 1783-1856
VG+, 1820, 1st ed, 1 large folding map.
Modern calf spine, gilt tooling, raised bands, gilt titles to black calf label, over worn contemporary blue marbled boards, vellum tipped. Internally, [3], (vi-xx), [3], 4-548 pp, 1 map (large folding, some minor browning), lacks the half title, hinges strengthened, Worcester Library label to fpd. (Signatures [3]ff, b-c2, B-4A2). (295*236 mm). (Abbey Travel 498. Prideaux p 336. Lowndes V2, p). Intended to accompany Fraser's own "Views in the Himala Mountains" published in the same year, 1820.
"Scottish explorer and author James Baillie Fraser (1783-1856) published this account of his Himalayan journey through Nepal and India in 1820. (His 1826 book describing his travels in the lesser-known provinces of Persia is also reissued in this series.) Part I begins with a historical sketch of Nepal, the reasons for the outbreak of war between Nepal and British India in 1814 and the course and consequences of the war. The remainder of the book describes Fraser's travels through previously inaccessible mountainous areas to Jamunotri and Gangotri, the sources of the rivers Jumna and Ganges. Fraser admits in his preface that he is not an expert in any of the fields which would give his account scientific value, but he offers detailed descriptions of villages, temples and 'grand scenery', and of a people 'as they appeared before an intercourse with Europeans had in any degree changed them'." - OCLC. 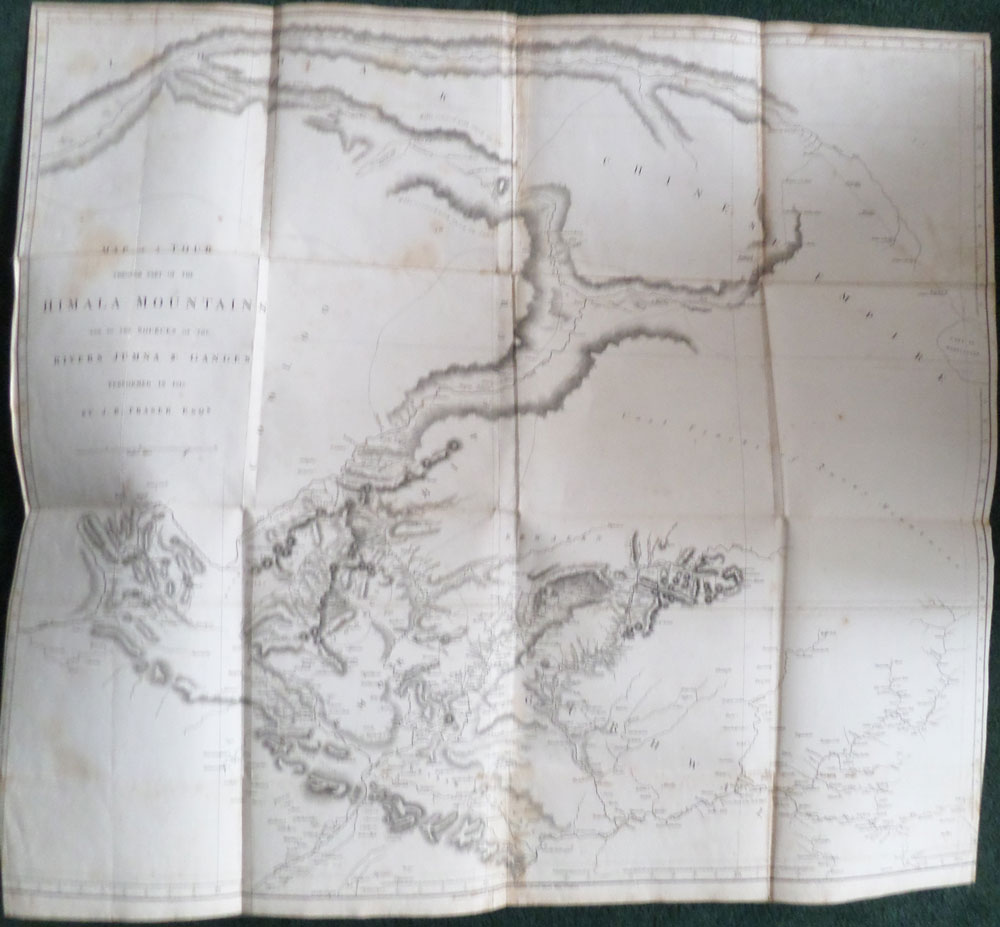