Have now available one of the hard to find coloured variants of William's - History of Monmouthshire.

Printed in 1796 by H. Baldwin in London. Engraved by John Gardnor, who was the Vicar of Battersea, and engraved by Gardnor and a Mr Hill.

This has 36 coloured aquatint's, as called for, and the map frontis. 168 copies were produced of which only 32 of them were coloured - and some of them were listed as stained.

This copy has the interesting ownership signature of one of the subscribers.

A real beauty of genuine rarity! 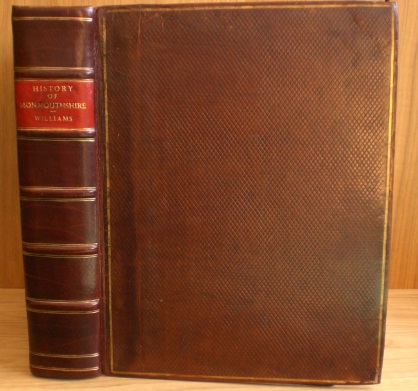